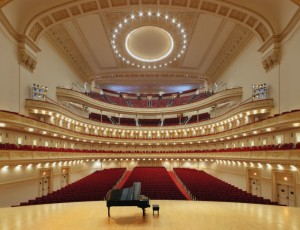 I am very excited to be making my US/Carnegie Hall solo début in January 2015, singing the soprano solos in the US première of Karl Jenkins: ‘The Healer’, a Cantata for St Luke.

In honour of Martin Luther King Jr. weekend, Distinguished Concerts International New York will be teaming up with Welsh composer Karl Jenkins for the US première of ‘The Healer’, in a programme to include Jenkins’ Llareggub and The Peacemakers. I am delighted to be joining them, with the composer and Vivien & Peter Harrison of Grayshott Concerts, who commissioned the work for St Luke’s Church, Grayshott, in October 2014.