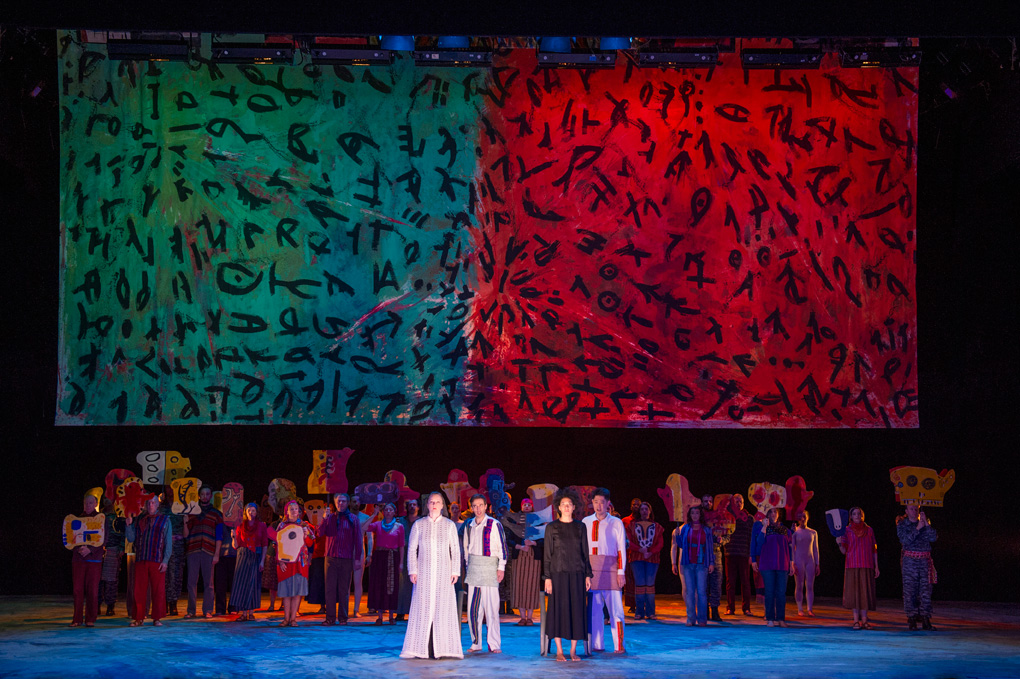 Earlier this year I was privileged to work with these young people from Lambeth to create a new performance piece, combining music, drama, dance and spoken word inspired by the ENO’s production of The Indian Queen directed by Peter Sellars. Click ‘Read More’ to view the documentary video.

The resulting piece included staged extracts of music and text from the opera, interwoven with music and lyrics composed by the company of young people during the project, exploring themes in the opera that resonated with the group.

The project was led by Director Freya Wynn-Jones and Composer/Music Director Pete Letanka, and was developed in partnership with Raw Material and Brixton Youth Theatre. I joined the group to rehearse and perform alongside them, and designer Emma Wee worked with the young people and a group of design assistants from 198 Gallery to create the set and costumes.